Read Zoot’s Q&A session with Greek blues aficionado Michael Limnios for the Greek-based blues.gr website and GET THE LOWDOWN! 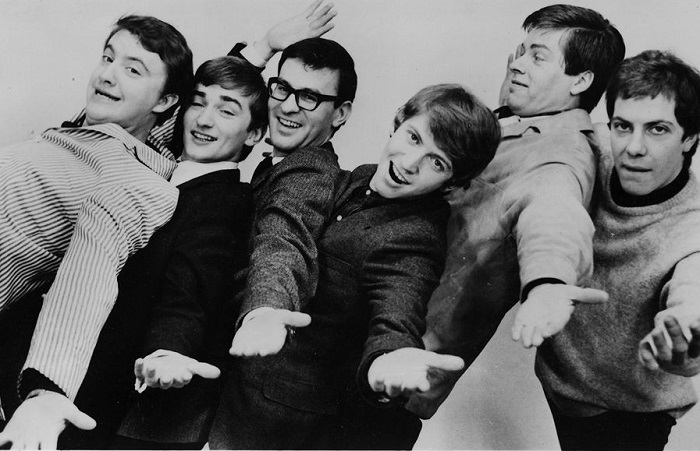 One more Roller gone.
Again fate helps me to remember the truly pleasurable friendship I shared with the talented, funny, on-the-edge but charming with it … Paul Williams.
From the moment we met in ’63 when we both played in the Wes Minster Five right up until only two weeks before his ‘leaving’ I never stopped laughing in his presence.
My kindest thoughts go to Diane, Sam and Ashton of course. Wonderful voice, good bass player, excellent fake piano-player with a remarkable ear for harmony and absurd humour. An enormous loss to music and friends.
Rest in peace Squiblett … your memory will stay with me forever.

Here’s what we know so far – with just three days to go, confirmed performers for Monday’s benefit gig featuring Zoot and the Big Roll Band – Al Kirtley, Papa George, Paul Cox and Bob Simmons – will now be joined by Alan Price, who will perform a very special solo set from the piano.

Below is the press release that’s already been sent out by organisers.

PRESS RELEASE – Paul McCallum benefit: tickets will be available on the night

Organisers of the benefit concert for musician and loudspeaker manufacturer Paul McCallum have announced that any unsold tickets will be available on the night.

The event, which features Zoot Money’s Big Roll Band and Guests, takes place at O2 Academy 2, Islington on October 29th. Interest has been steadily building, both among PLASA members and other friends in the sound reinforcement industry, since it was announced.

Popular bass player (and original member of the Wombles) Paul McCallum was not only the brains behind PLASA member company, Wembley Loudspeaker, but has played with many stars over the years, including Billy Fury and Helen Shapiro. However, he is now suffering from an advanced form of Multiple System Atrophy and is confined to a hospice. The money raised will help meet Paul’s medical bills.

Meanwhile, tickets (priced at £20 each) are still available in advance via Eventbrite from the following link:

Fame at last! This week Zoot was the answer to a question on Ken Bruce’s Pop Master quiz on BBC Radio 2. But what was the question??
In other radio news, there’s a full 90-minute interview with radio host Philip Silverstone on Tune In Radio, including a cracking selection of tunes. Download the free TuneIn Radio app for phones and tablets and search: Phillip Silverstone or visit online http://bit.ly/1gY2Ht4

Out now on Repertoire Records #REP 5343

OUT YESTERDAY, JANUARY 26. DON’T DELAY, GET YOURS TODAY!!

The gig list is now up on the Gigs Page.  An appearance at the groovy Claygate Music Festival plus a frankly magnificent selection of Bulls. It’s no wonder Big Rollers in the know are feeling Bullish! And this is just the start. Check back frequently for updates and stay in touch with Zoot on Facebook.

The Book Of Life… I’ve Read It

Brand new album out now, produced by Danze Macabre. And here’s a taster for you! Order from Discovery Records, from Amazon or buy direct at one of Zoot’s forthcoming gigs. The Maximum R&B tour runs till Dec 2 around the UK. Check Zoot’s Facebook page for all the latest.